All That Glitters is the Mesquite-Toes Gold

The Mesquite-Toes Tap Team traveled to Las Vegas on Sept 27 to compete in the Nevada Senior Games. The ladies set out with one goal in mind, to bring home the winning gold medals and the is exactly what they did. This group of men and women were set and ready to go. Carpools were arranged, numbers were painstakingly rehearsed, costumes were packed and makeup was put on before they left their homes. The 100 mile trip to the Clark County Library Theatre was the ride that got them together, psyched up and ready to compete. 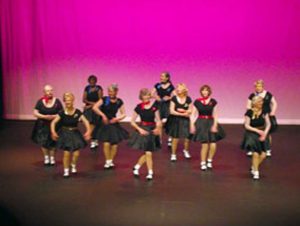 Gold Team members of the Mesquite-Toes open the show with “Happy Days” at the Nevada Senior Games which were held on Sept. 27 at the Clark County Library Theatre in Las Vegas. Gold team members also performed to “Shortin Bread” in the second half of the competition. 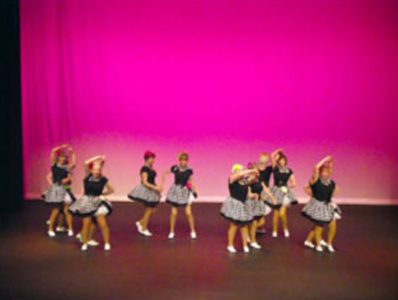 Mesquite-Toes Clog team members competed in the Nevada Senior Games on Sept 27 and “Boiled Them Cabbage” so well they took home gold medals. 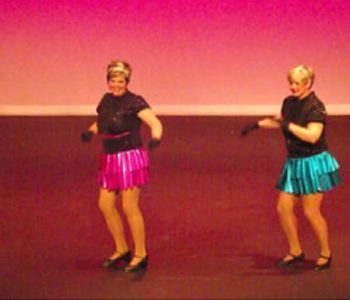 Debbie Miller’s and Judy Edginton’s tapping feet shouted to the crowd, “I’ve Got Rhythm” during their Gold Medal winning performance at the Nevada Senior Games which were held at the Clark County Library on Sept 27. 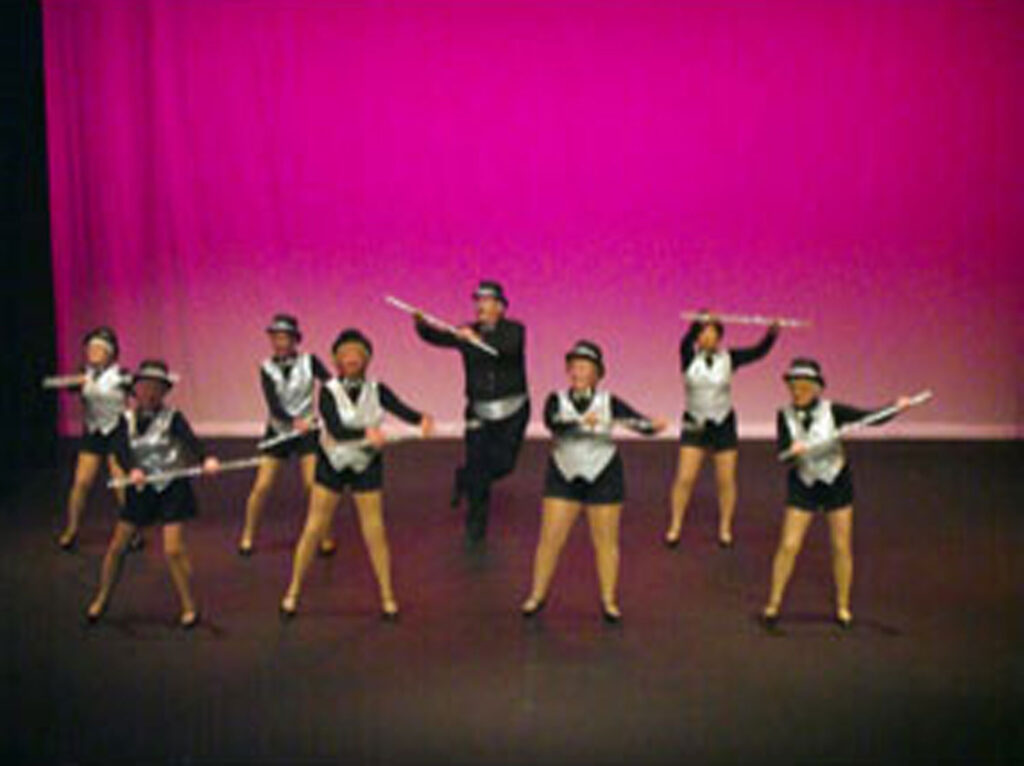 “Everything Old is New Again” may have been the words that rang in the mind of Nevada Senior Games Coordinator, Ann Vizzaccero, when she awarded the medal to the Mesquite-Toes Silver Team and asked the question, “How did you EVER get a man to TAP dance?” Phil Brittain (center) was the only competing male in the tap category and was the perfect centerpiece for this jazzy number. 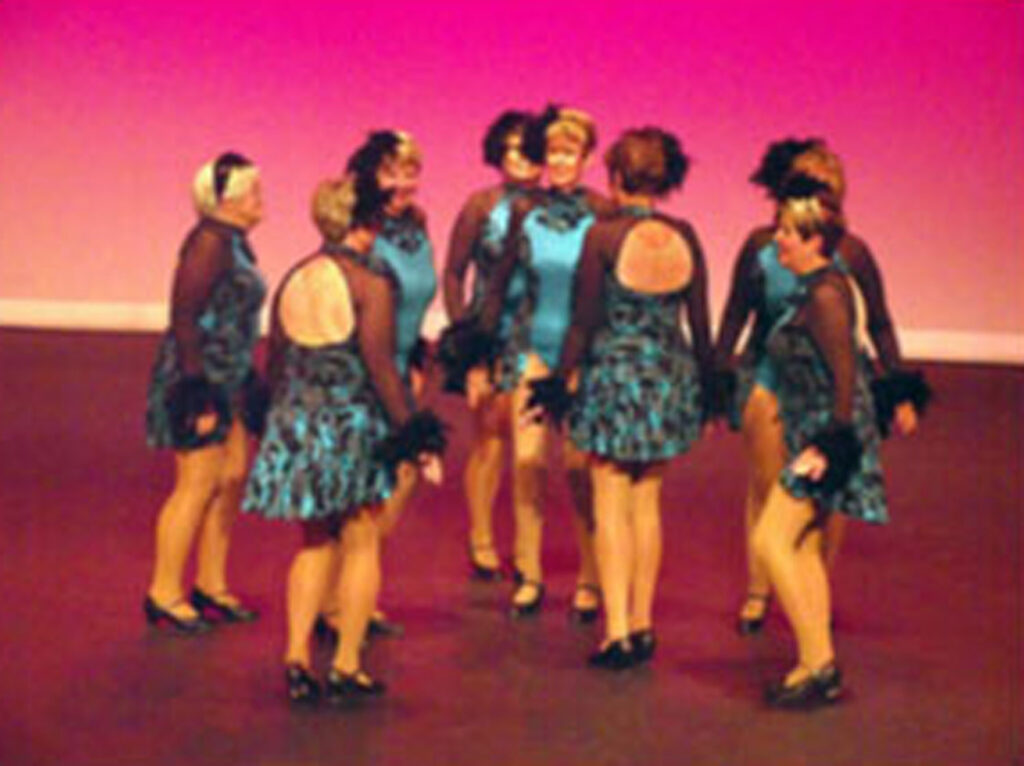 “Sweet Caroline” was the number for this group of Mesquite-Toes Red Team members. Although not one of them goes by the name Caroline, they all thought it was real sweet that they took home gold medals for their performances at the Nevada Senior Games on Sept 27. 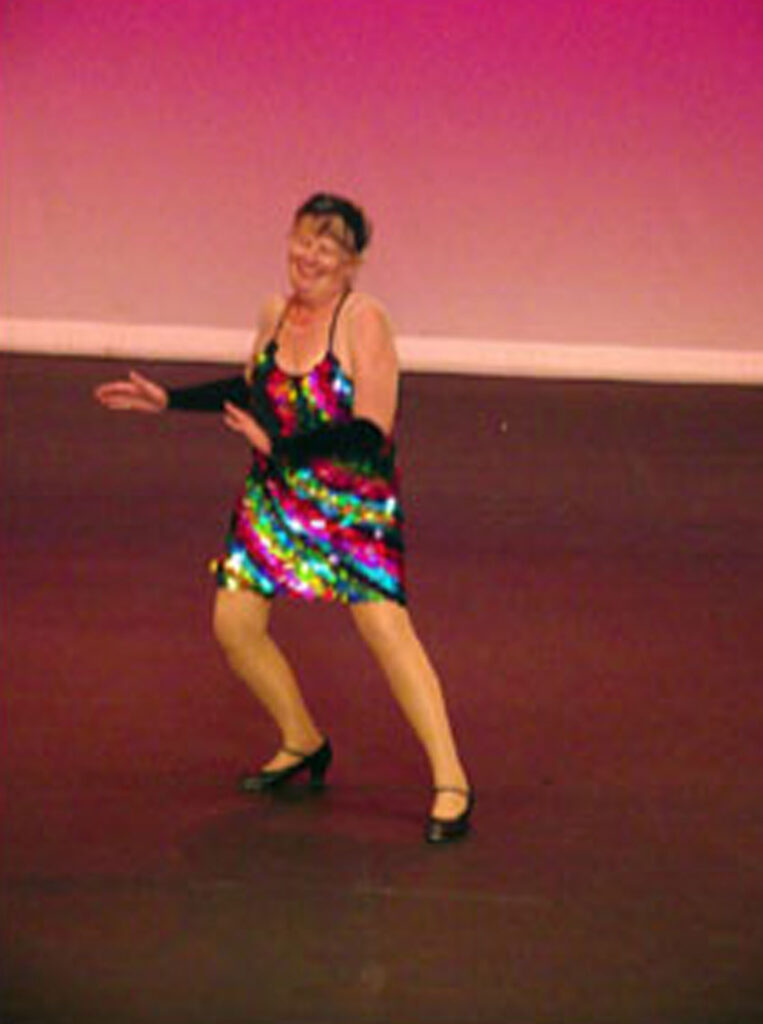 Judy Brittain had a blast putting herself front and center before the judges when she went for the gold and got it at the Nevada Senior Games which were held at the Clark County Library Theatre on Sept 27. 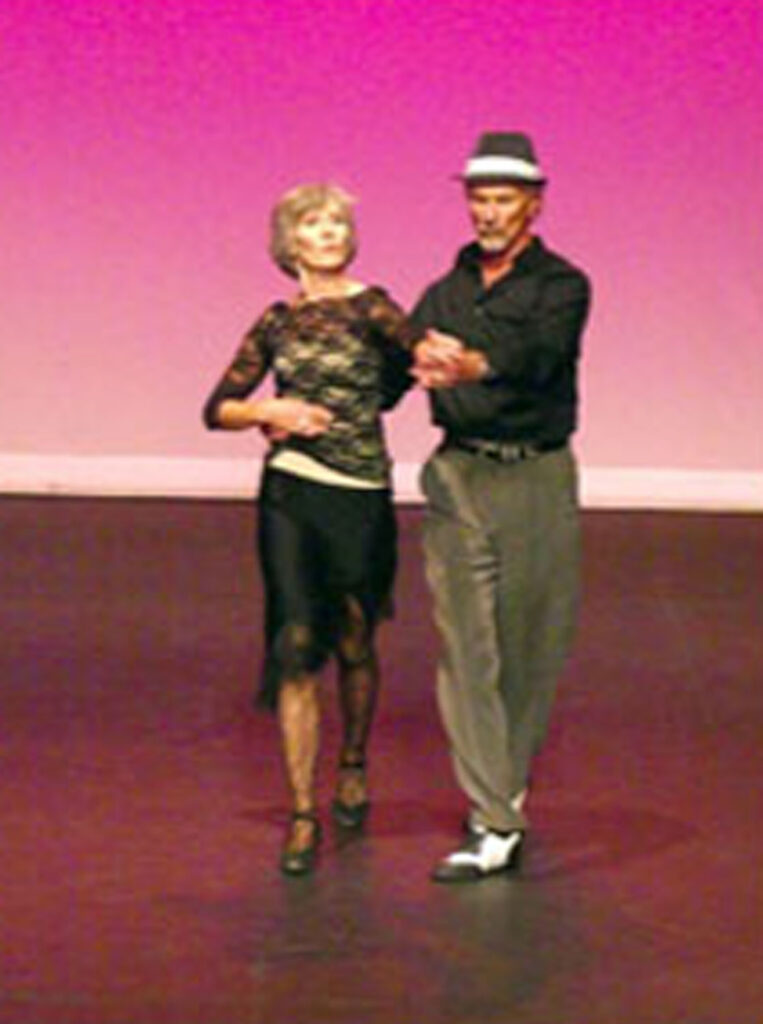 Marcia Swider and John Norwig are Mesquite’s favorite dance duo. Their number “Roxanne” was the perfect accompaniment for their serious and sultry number which heated up the audience and the judges during the Nevada Senior Games Dance Competition on Sept 27.
Once the very large and anxious group of competitors along with their cheerleading squad of friends and family members arrived things began to get a bit sketchy.

Organization of the event left most of the competitors confused at best and was frustrating for the Mesquite travelers who lugged suitcases filled with their costumes down to the Clark County Library for the competition and were left standing outside for a while before they were allowed into the library theatre. The Toes quickly adjusted, took charge of the situation and regained their “footing.” The rocky start didn’t deter them one little bit from doing their best at the Nevada Senior Games.

Competition was stiff; many of the competitors were professional dances but even that didn’t scare off our Mesquite ladies in the least. Once on stage the Mesquite-Toes performers were all glamour and glitz but not nearly as much as when they were going home. The ladies lugged back 42 medals for the Senior Games, 32 of the medals were gold. Gold medals were won for Gold Team, Red Team, Clog Team, Solo and Duo Categories.

The Mesquite-Toes ladies…and men, although nearly 100 miles from home, weren’t alone. The cheerleading section lead by Sandy Sorenson and Jean Johnson could have been heard clear to Mesquite. Husbands and friends couldn’t help cheering for these hometown heroines who captivated the audience with charm, personality and color the minute they took the stage then impressed the judges the moment their toes started to tap.
This was the first year the Toes have competed in the Senior Games and if you know Vicki Eckman at all, you that this won’t be their last. Eckman is the fearless leader of the Toes and has taken her groups to perform in venues such as cruise ships and the New York Knicks basketball game half time show.

The Nevada Senior Games is just one more venue that proves, all that glitters is not just gold, it’s the Toes, with the sparkle and shine they always wear, and now all those Gold Medals around their necks.
PrevPreviousAn Early Christmas Miracle for the Mesquite-Toes
NextToes Fashion Show Collects for Food BankNext
Scroll to Top